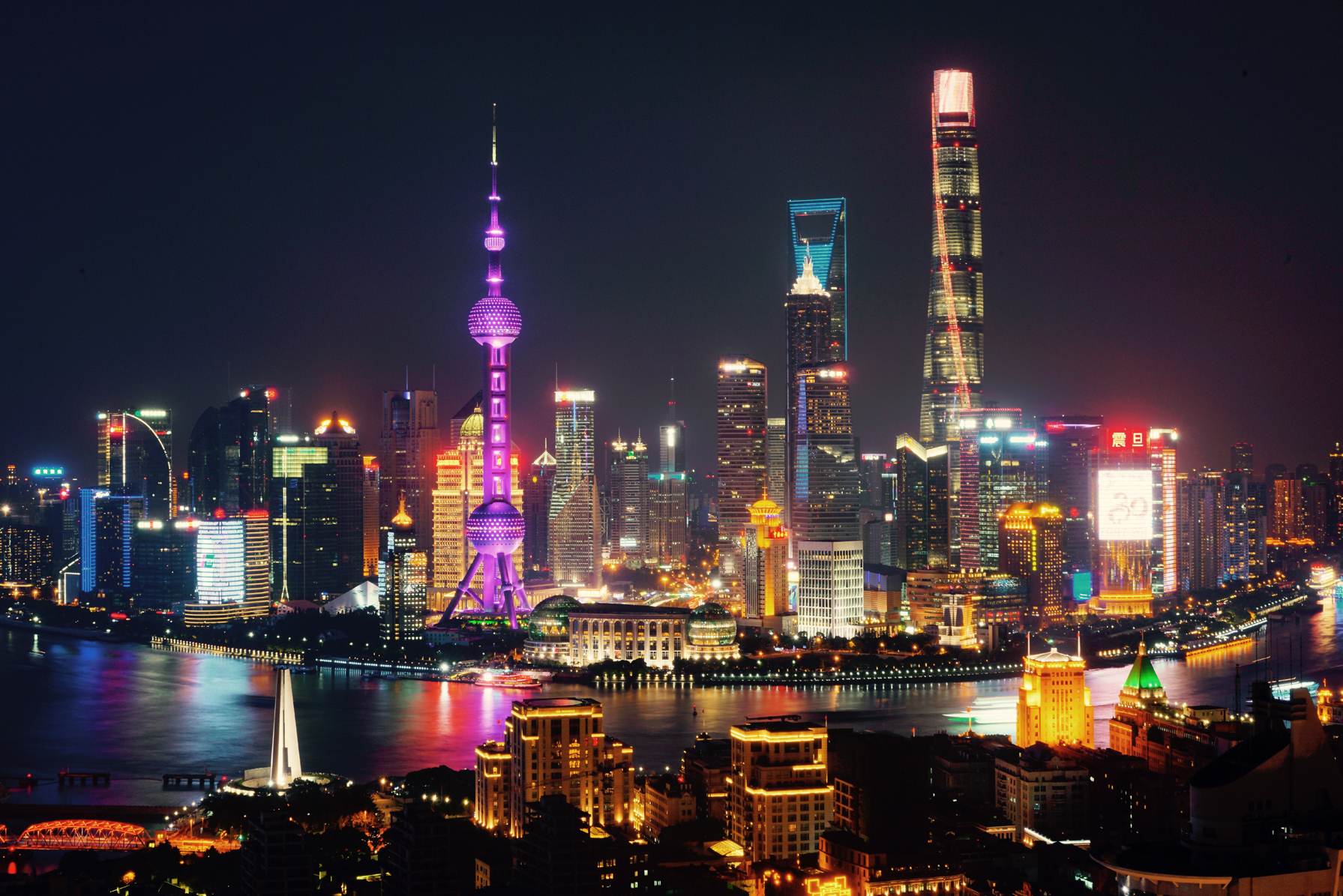 This December, Alessandro Crudele will make his debut with the Bochumer Symphoniker, one of the finest orchestras in Germany, which was founded in 1919. The concert is part of “BoSy on Tour” and takes place on 14th December, 2019 in Essen.

The programme features Beethoven’s Symphony No. 1 in C major and two concertos with two young and talented soloists: Weber’s Bassoon Concerto Op. 75, with Yuko Suzuki, and Mozart’s Piano Concerto No. 27, with Ping-Lien Wang.

This month also marks another significant debut for Crudele: he will return to China to conduct the Shanghai Philharmonic Orchestra in the New Year’s Concert, on 27th December, in the new and futuristic Shangyin Opera House, which has just been inaugurated by Milan’s La Scala in October.

Alessandro Crudele will conduct a rich programme, which features: the Overture from Il barbiere di Siviglia by Rossini; Puccini’s Preludio Sinfonico; Jazz suite No. 2 by Shostakovich; Respighi’s Fontane di Roma; and two pieces by Johann Strauss II: Artist’s Life and Unter Donner und Blitz. During the evening, two pieces by Chinese contemporary composers will also be performed: Sketches in Mountains of Guizhou by Zhu Jianer and the Symphonic Overture No. 1 by the living composer Guan Xia.

Crudele, with the New Year’s Concert in Shanghai, will celebrate the end of his 2019 season, which marked several debuts with important orchestras, including the Orquestra Filarmônica de Minas Gerais in Brazil, where he will be back in 2021, and consolidated his presence in Germany, China and Belgrade as Principal Guest Conductor of the RTS Symphony Orchestra. 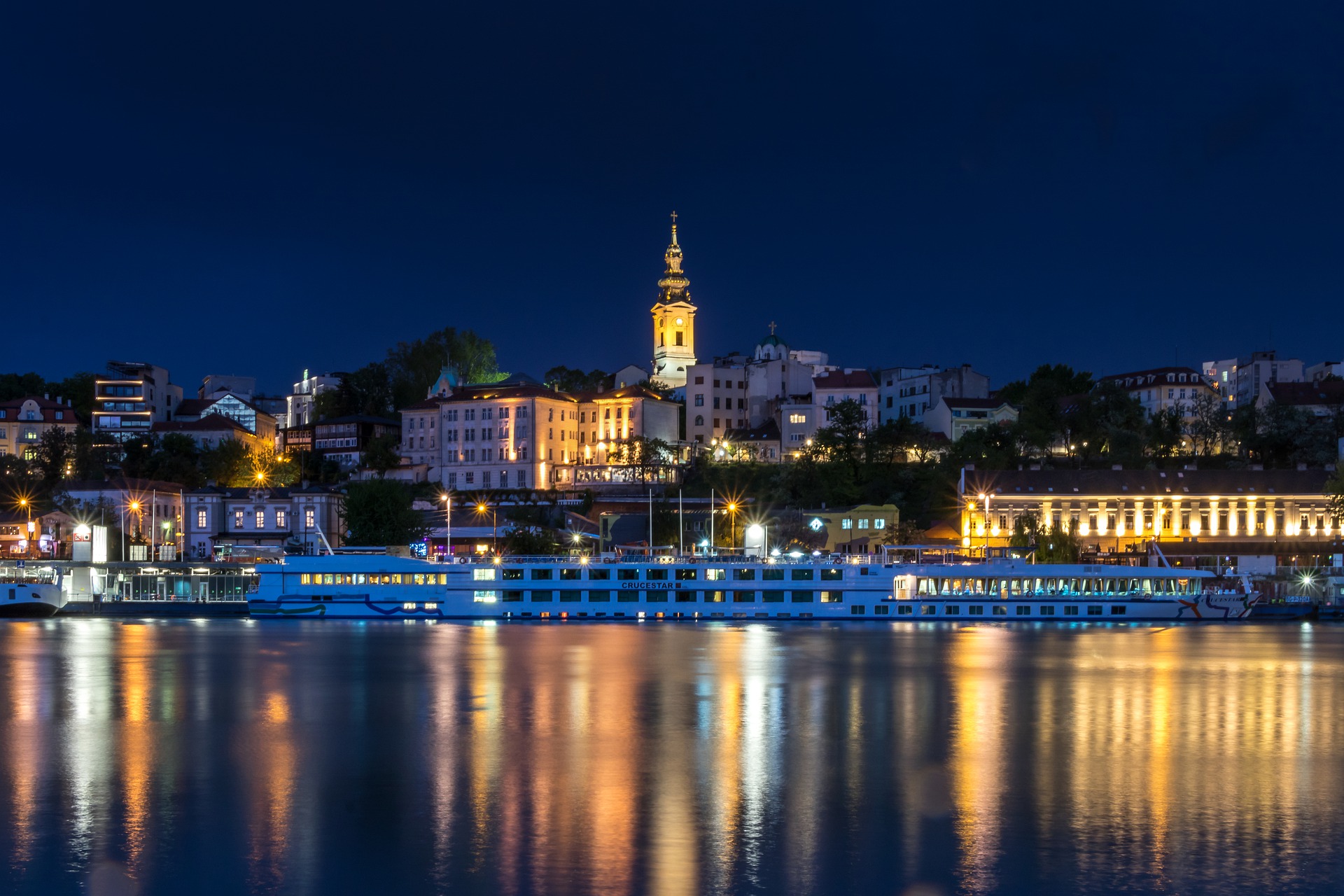 Alessandro Crudele returns to the RTS Symphony Orchestra in Belgrade this month, for a concert on 7th November 2019, commencing his second season with this orchestra as their Principal Guest Conductor. The programme features Mozart’s Flute Concerto No. 2 in D major K 314, with the young rising Serbian flutist Anja Malkov and Beethoven’s Symphony No. 2, along with the contemporary piece, Ka oblacima by Milana Milošević.

Crudele’s last concert in Belgrade in March 2019 was praised by the critics:
Sometimes some concerts win us over from the first beat. Such a case occurred at the last concert of the Radio Television Symphony Orchestra of Serbia, conducted by Italian conductor Alessandro Crudele. […] The orchestra clearly responded well to the Italian conductor, who, especially from Bottesini and Dvorak’s units, managed to create striking and eminently edgy ensembles. It was a successful concert with two prominent soloists, a well-rehearsed orchestra and an outstanding young and talented conductor. (Srđan Teparić)

Later this month, on 26th November, Alessandro Crudele will join the Orchestra UniMi in Milan for their 20th season opening.
The programme of the evening, focused on rhythm, features the Overture from Rossini’s Barbiere di Siviglia and Beethoven’s Symphony No. 1, while the traditional piece by a living composer will be Emmanuel Séjourné’s Concerto for marimba and strings, with the young and talented Chinese percussionist Shengnan Hu.

In celebration of its 20th season, the Orchestra UniMi – founded by Alessandro himself – will perform special concerts and events throughout the next year, and a DVD recording will be produced. 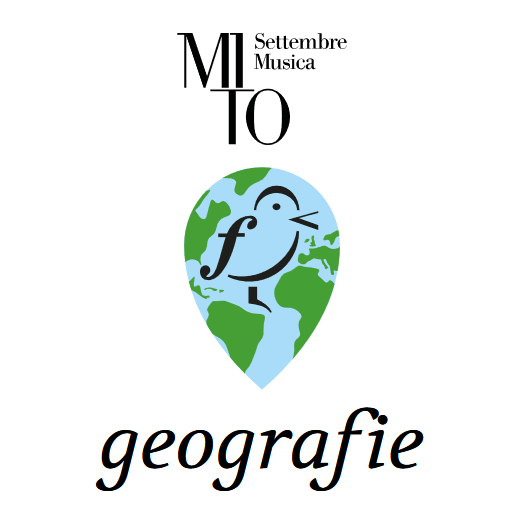 This month Alessandro Crudele will be back in Italy: On Friday 13th September he makes his return to the Festival MITO SettembreMusica with the Orchestra UniMi, in a programme inspired by the continent of Africa, perfectly matching the Festival’s theme for this year: “Geographies”.

Since making their extremely successful concert in 2015, the Orchestra UniMi and Alessandro Crudele have received invitations to perform at this Festival every season. 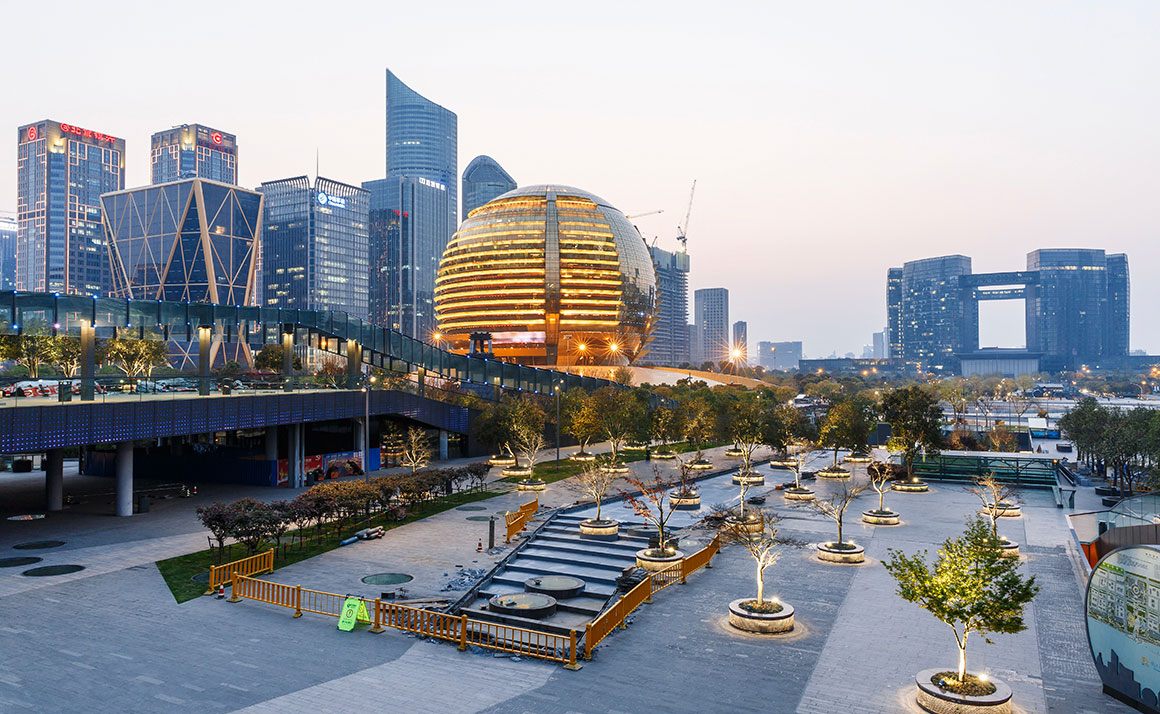 Alessandro Crudele travels to China this month to conduct the Zhejiang Symphony Orchestra for the first time, in the avant-garde city of Hangzhou.

The programme of the concert on 26th July 2019 features Shostakovic’s Violin Concerto No. 1 with the Chinese soloist Zhang Ti, a complex and deep composition written during the censorship years, and Dvorak’s Symphony No. 7, maybe Dvorak’s most ambitious symphony.

A frequent guest in China, Alessandro Crudele has conducted there regularly in past seasons. Most recently, he conducted the Shenzhen Symphony Orchestra, in November 2018, where he met great acclaim.

As Crudele’s profile continues to grow in Asia, he is scheduled to conduct the Shaghai Philharmonic Orchestra in the New Year’s Concert next December at the Shanghai Symphony Hall. 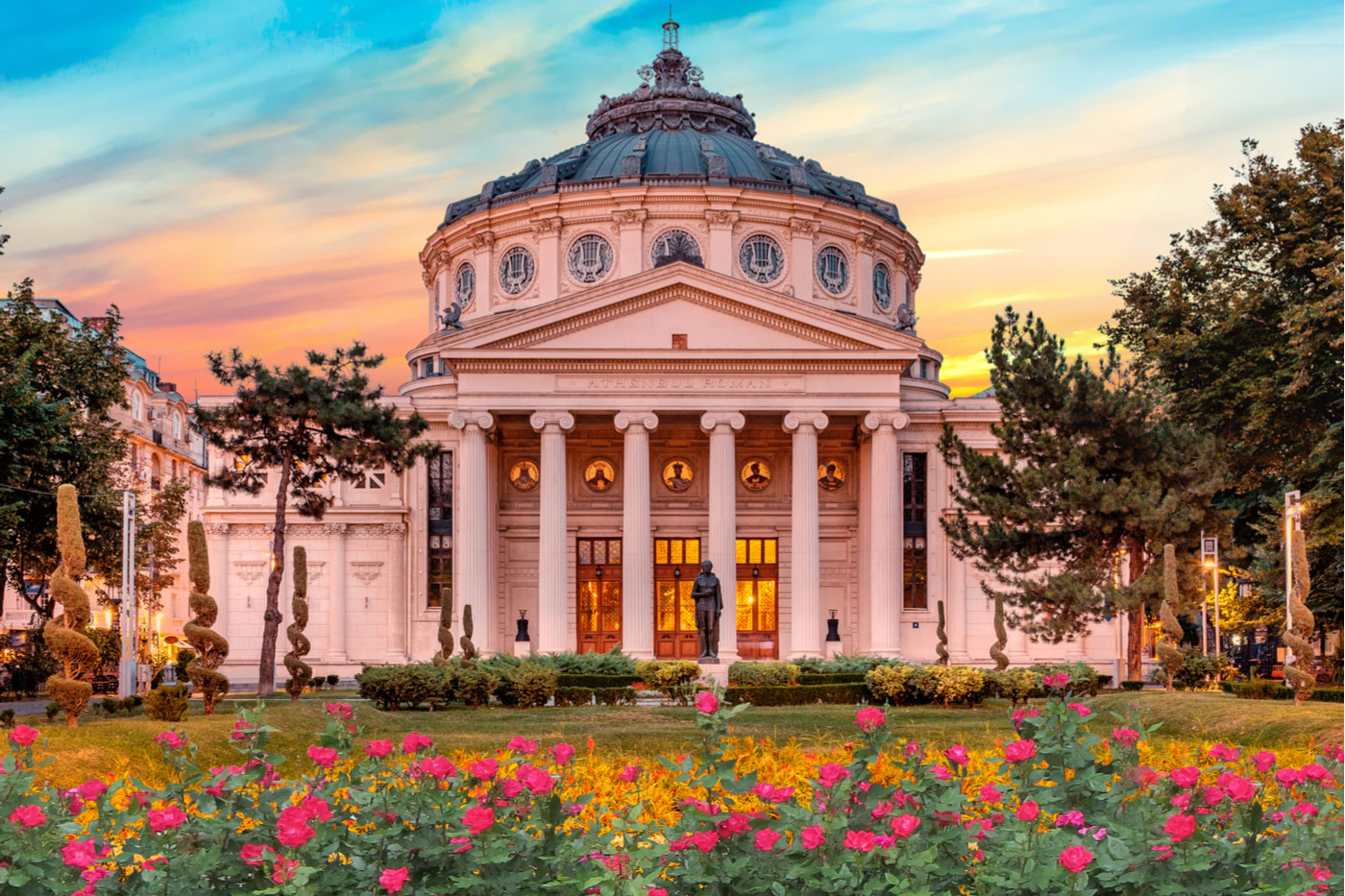 Alessandro Crudele will debut at the end of this month with the George Enescu Philharmonic Orchestra in Bucharest, one of the most prestigious orchestras in Eastern Europe. The two concerts, held in the Romanian Athenaeum on 30th May and 1st June, will be celebrating the Italian “Festa della Repubblica”. The George Enescu Philharmonic invited Crudele to conduct this special concert which represents the synergy between the two countries, Romania and Italy.

The programme features music by great Italian composers: the overture from La Forza del Destino and the sacred piece Te Deum, both by Verdi, and the Violin Concerto No. 1 by Paganini, with the young virtuoso Roman Kim.

Despite the last piece of the programme being by Tchaikovsky, it still carries  a very Italian theme: Francesca da Rimini, a symphonic poem which sets to music the well-known tragedy narrated by Dante Alighieri in his Divine Comedy. 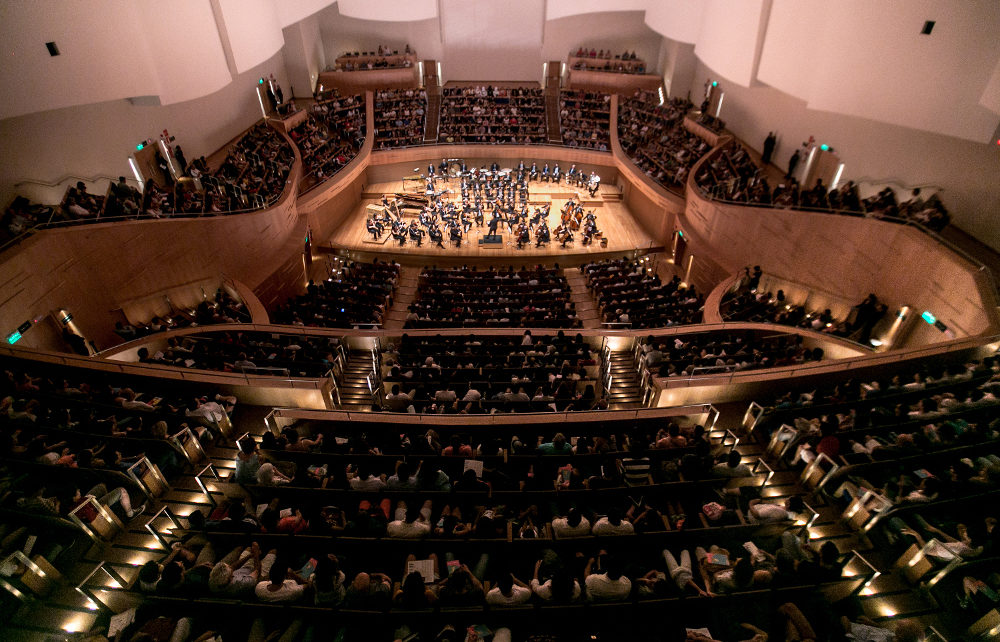 Alessandro Crudele travels to Brazil this month to make his debut with the Orquestra Filarmônica de Minas Gerais in Belo Horizonte on 25-26 April 2019. He conducts the orchestra in a programme that celebrates Brazil, thanks to Claudio Santoro’s Piano Concerto No. 1 – with the young Brazilian pianist Aleyson Scopel – and Respighi’s rarely performed Impressioni brasiliane, a tribute to Latin sounds, atmosphere and colours.

The programme also features one of Respighi’s masterpieces from the Roman trilogy, Fontane di Roma, and two pièces de résistance from Alessandro Crudele’s repertoire: Debussy’s Danse (orchestrated by Ravel) and Ravel’s Pavane pour une infante défunte (whose performance, conducted by Crudele, is the most viewed on YouTube).

Alessandro Crudele’s Brazilian debut expands his worldwide engagement and follows his first performance in Belgrade as Principal Guest Conductor of the Radio Symphony Orchestra, which was very warmly welcomed by audience and critics. 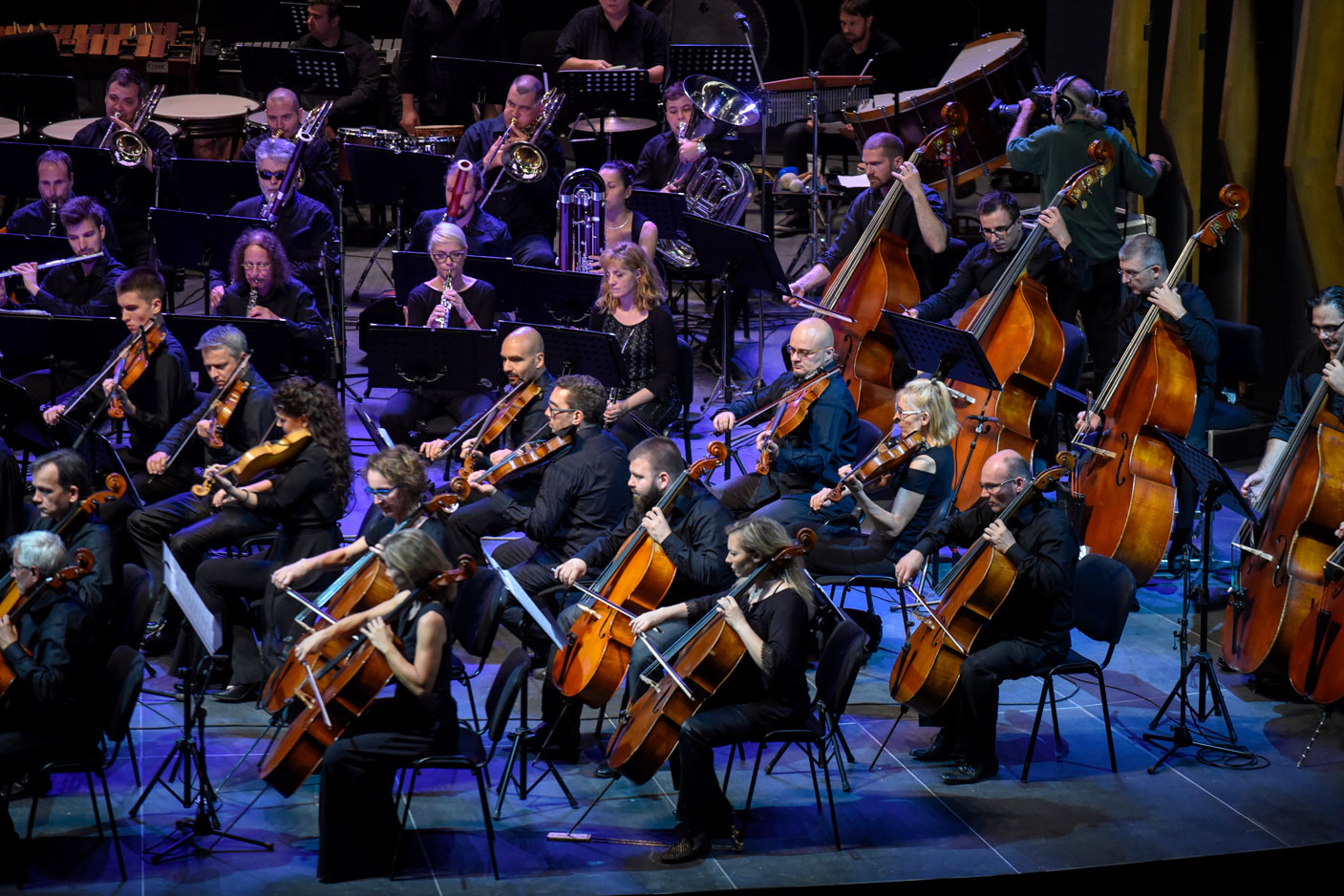 Alessandro Crudele returns to the Radio Symphony Orchestra in Belgrade this month for his first performance as the orchestra’s Principal Guest Conductor on 16th March 2019. He will conduct a programme of Dvorak Symphony No. 7 , Bottesini Double Bass Concerto No. 7 and Koncertantna Muzika by the Serbian composer Srdan Hofman.

Crudele made his critically acclaimed debut with the RTS Symphony Orchestra in 2018 when he conducted the orchestra in Mendelssohn Symphony No. 5:

“In the second part of the concert, Mendelssohn’s Reformation Symphony No. 5 (1830) turned out to be another gem of this musical evening. […] Alessandro Crudele also took the most powerful, and at the same time, the most sensitive features of the RTS Symphony Orchestra, appealing to both dimensions equally”.
– Danas 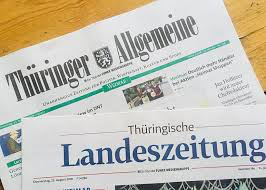 Alessandro Crudele’s concerts with the Thüringen Philharmonie in Gotha and Eisenach on 7th and 8th February were a great success, and very well received by the critics:

“… and this, all the more with this charismatic conductor on the podium! It was a truly astonishing interpretation – and yet without any trace of showmanship.”
Dieter Albrecht, Thüringer Allgemeine, Gotha

“With clear gestures of his left hand he showed the musicians what he wanted. This resulted in beautiful interpretations. [ … ] The tranquillity in the second movement of the symphony [Brahms 4th], the fire in the third, revealed him as a master of his field. [ … ] Alessandro Crudele conjured up a beautiful Mozart with historic reminiscences”.
Gottfried Meyer, Thüringer Allgemeine, Eisenach 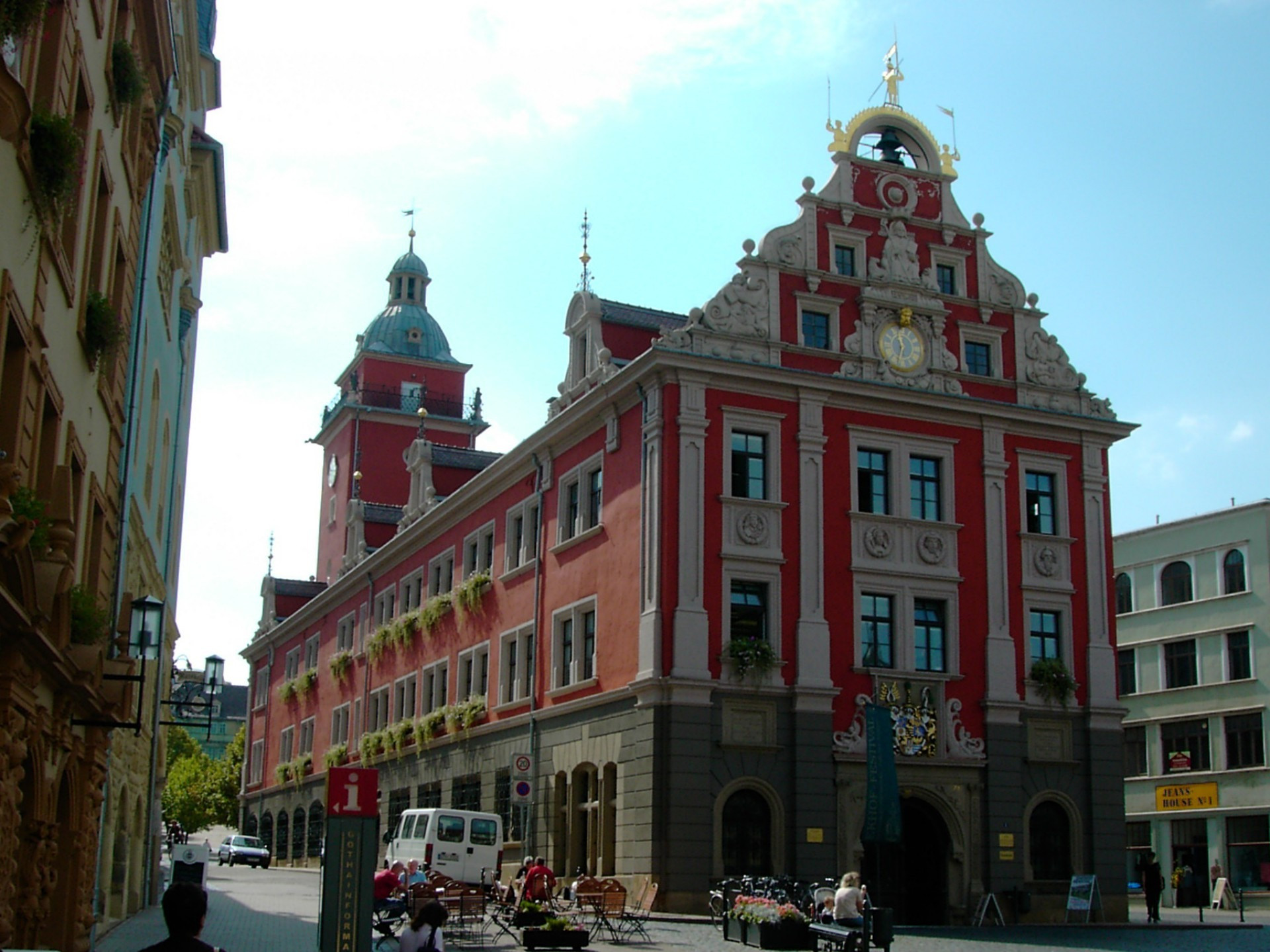 On 7th and 8th February 2019, Alessandro Crudele will conduct the Thüringen Philharmonie Gotha-Eisenach in a programme including Beethoven Triple Concerto and Brahms Symphony No. 4. The soloists of the evening will be Sania Cheong (violin), Stefan Kropfitsch (violoncello) and Inkyoung Lee (piano).

These concerts mark a return for Crudele in Thuringia, where he had a huge success with the Jena Philharmonic.

For his conducting of the Jena Philharmonic on the occasion of the ‘European Church Music Festival’ in Schwäbisch Gmünd, he received a unanimous acclaim:

‘The aplomb of the orchestra, conductor and soloist delivered a moving experience – a brilliant debut in the European Church Music concerts’

‘In the first movement (…) the musicians start very fragrant and transparent. Smooth appears the pizzicato of the strings, the lines sound vibrating and lively through the always present phrasing’

‘…a great opening concert of this festival’

We use cookies on our website to give you the most relevant experience by remembering your preferences and repeat visits. By clicking “Accept All”, you consent to the use of ALL the cookies.
Cookie SettingsAccept All
Manage consent